With our final Leadership group leaving us this Friday, we are fondly looking back at one of the highlights of the course: the guest speaker presentations.

Find out more about our Leadership course 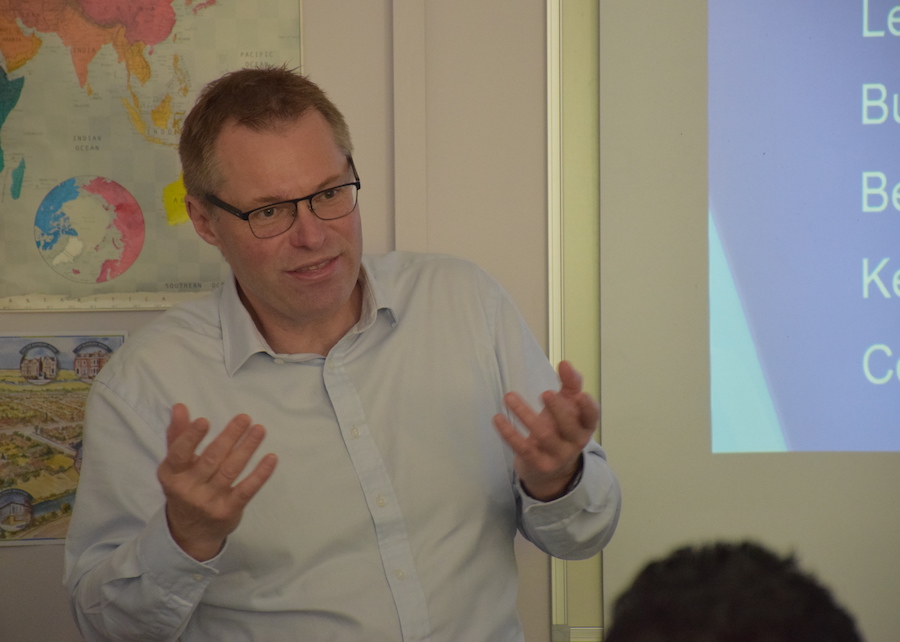 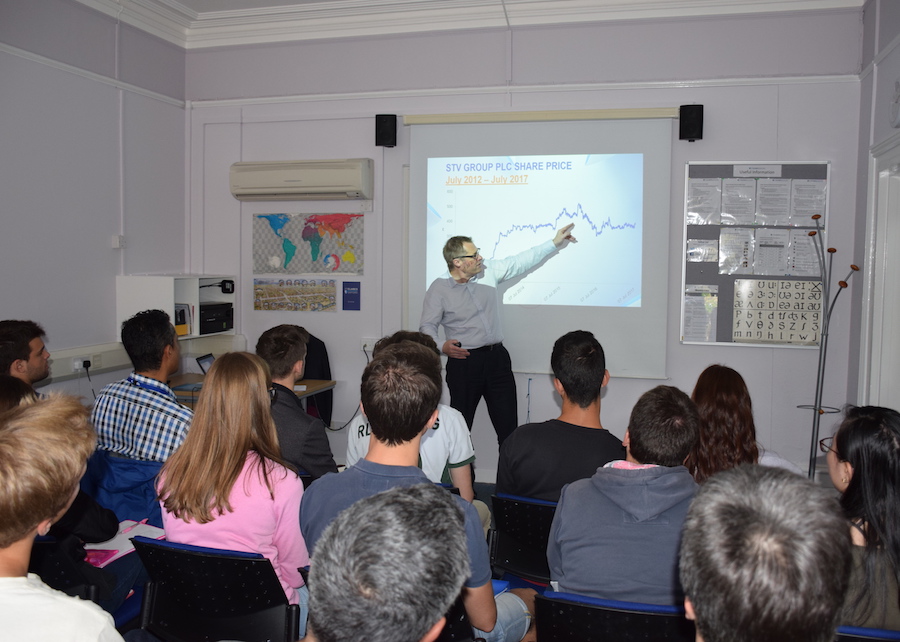 Our first guest speaker was Rob Woodward, CEO of STV, who spoke to us about his leadership philosophy and how he managed to turn a failing organisation into Scotland’s leading digital media company. His leadership style surprised many: he is softly-spoken, inclusive and a ‘team player’, yet unafraid to follow his gut instinct and make executive decisions when necessary. Though he now leads roughly 400 permanent staff members, he makes a point to meet every single employee face-to-face, leading the company like a football club rather than an average media conglomerate.

“We were so lucky to have Rob Woodward as our guest speaker. He told us how to take a chance in life and in business, to stand together, to strive to surprise – essentially, to be bold. It was really inspiring.” 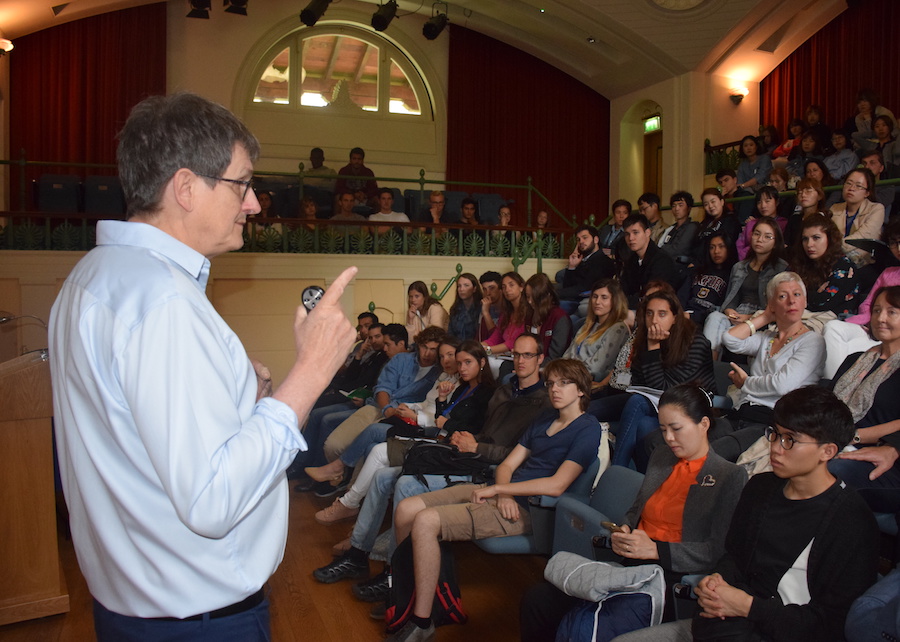 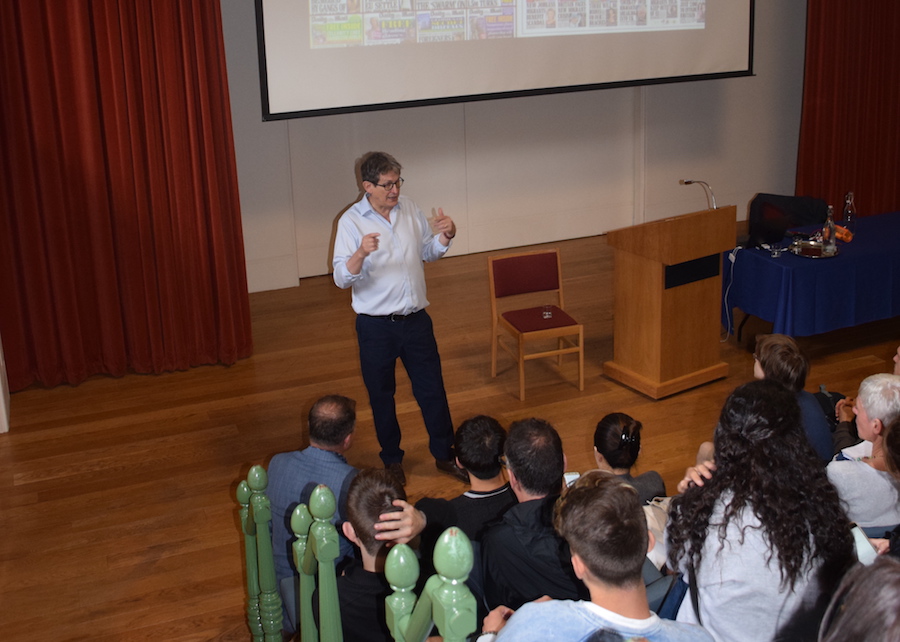 This week the Principal of Oxford University’s Lady Margaret Hall and former editor-in-chief of The Guardian, Alan Rusbridger, spoke to students about his fascinating career. As the editor of a major national newspaper for 20 years, Rusbridger led a digital transformation within the newspaper and left such a mark on the media landscape that he was appointed Chair of the Steering Committee at The Reuters Institute for the Study of Journalism.

One of the defining moments of Rusbridger’s career stems from his bold decision to defy the UK government by destroying hard drives containing information leaked to The Guardian by Edward Snowden. He has inspired people across the world to speak out against state and media corruption – having published stories from Julian Assange of Wikileaks fame and blowing the lid on the Rebekah Brooks phone hacking scandal – and even has an album named after him by German band Woog Riots.

Rusbridger spoke to us about the challenges facing news media in the 21st century, charting the history of The Guardian from its founding in 1821 until today. Traditional journalism is becoming increasingly difficult and unprofitable in the face of societal change, digital media, social media and the rise of “fake news” – so how can these valued institutions adapt to the modern world and better inform the public? Rusbridger’s unique insight was absolutely fascinating: one of our students, Lisa, commented: “I’m a journalist, so for me it meant a lot to be able to listen to Mr. Rusbridger’s talk.”

On behalf of St. Clare’s, we want to thank both guests for taking the time to speak to us, David Brooke for securing the speakers, and our students for proving to be such an attentive audience. We hope that our Leadership graduates apply some of our guests’ advice in their future careers!

We have been selected to deliver professional development courses for ELT staff as part of the PRELIM (Partnership Remote Language Improvement) project We are thrilled to announce that we are involved in a collaborative project to develop the confidence... 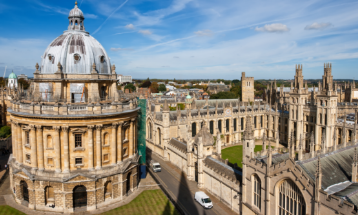 10 reasons to visit Oxford this summer

Oxford is a popular destination for many, attracting students and tourists from all over the world. The city has much to offer, from iconic English heritage to its quaint cafes and restaurants. If you needed more convincing, here are our top 10 reasons to visit... 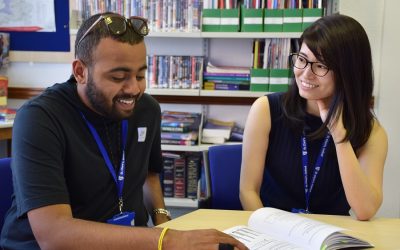 Of the many unique and inspiring courses offered at our International College, the Gateway to University programme seems to elicit the most questions from parents and students alike. In this post, we will explore who our pre-Foundation course is for, what...

Do you want to to attend talks like these?

Find out more about our Leadership Course.